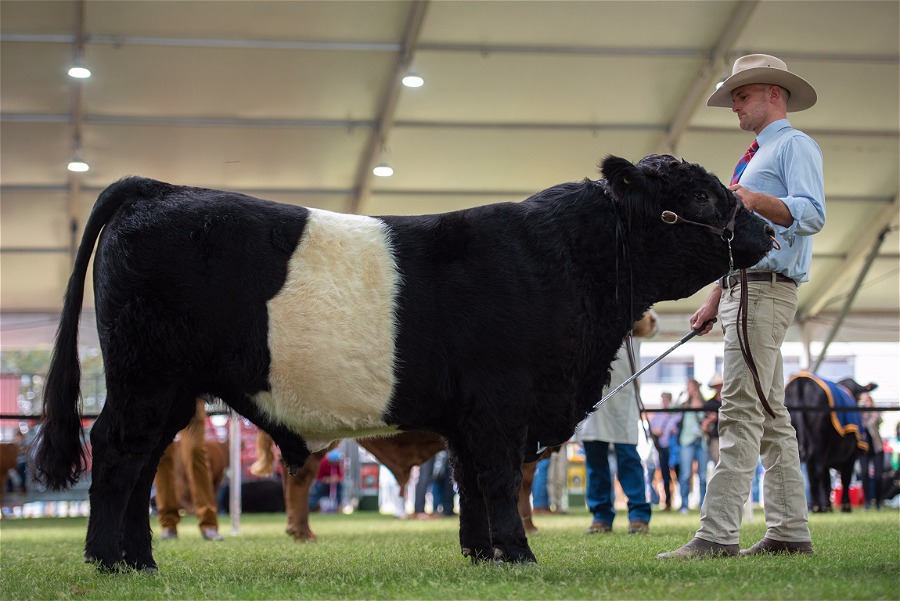 Newton was born in September 2017 out of Pyree Park Dumfries by Marananga Heath.  From birth it was obvious Newton was a stand out.

Newton is an exceptionally well structured, free moving bull.  This is really highlighted through his overall balance.  The length and stretch that carries right through to his front end really shows off the calveability within his shoulder set.

His do-ability is evidenced in the natural thickness he carries up top and deep into his hind quarter.  Even in some of the harsher times we have experienced lately, he is the type of bull that will still lay down fat .

Newton is a bull that really demands your attention giving him complete sire appeal and making him welcome into anyone's herd.

Newton was the Grand Champion Belted Galloway Bull at the Galloway family feature show at Royal Canberra in 2019 and Reserve Champion Other Breeds Bull at the Royal Sydney Show in the same year.

He is joined to our herd in late Spring and early Summer and is available for lease at other times.

We are expecting Newton's first progeny on the ground in Spring 2020.